1.Booting a traditional or non-EFI-aware OS.

2.Loading a UEFI-aware OS a device that is controlled by a traditional Option ROM.

To make things simple, a device ideally (eg the onboard graphic controller) has a native UEFI driver but for compatibility with an older/non-UEFI aware operating system, the CSM allows the loading of the old style PCI Option ROMs we are all familiar with. You need either one or the other. If you load a UEFI driver, the legacy PCI Option ROM is not used. The CSM also allows you to boot operating systems that have no idea what UEFI is. 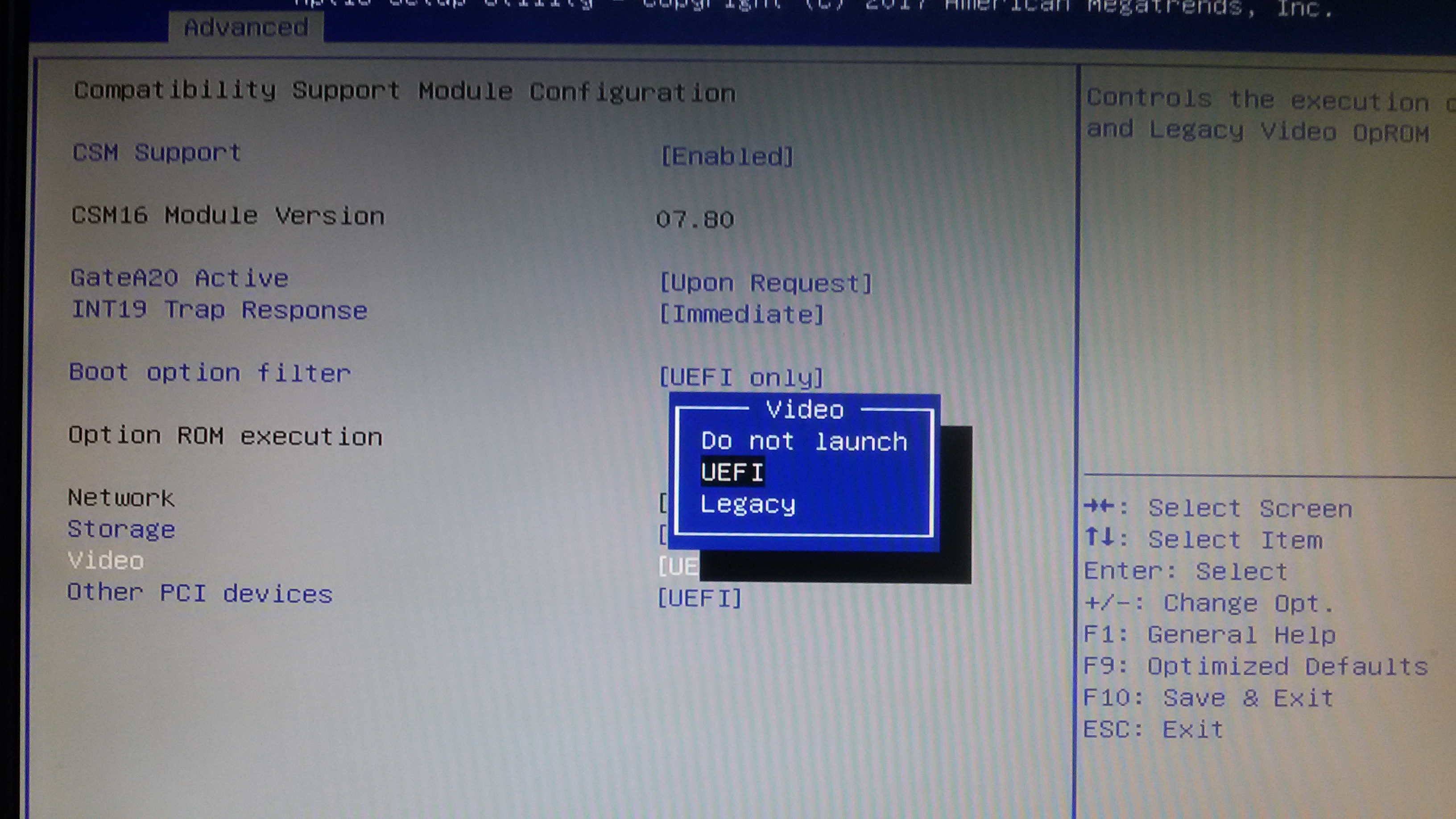 The one MB BIOS has these options for CSM:

1.”Legacy” ,(This allows you to manually set priorities for different types of devices eg “Legacy ” means that if both are available, the legacy driver will be chosen.)

2.”UEFI” (This allows you to manually set priorities for different types of devices eg “UEFI ” means that if both are available, the UEFI driver will be chosen.)

3.”Do not launch” This disables CSM entirely with all its functions and runs in UEFI-only mode. This option boots a lot faster because it doesn’t load or wait for any legacy components.

If your graphics cards and any other expansion cards etc fully support UEFI, you can just turn it off (this is how I set it).

Graduated from Shantou Univerity, and got the bachelor’s degree in communication engineering major. Now I work as a SIT (System Integration Test) engineer in the city of Dongguan . Here I write about the work experience and how to better it.

If you have any questions or suggestions, you can contact me via E-mail daimongu@126.com. Thanks~